Dr. Tytus is currently conducting a clinical trial for a possible treatment for adults with COVID-19 who have not been hospitalized.

People who have pulmonary hypertension and exercise should be very careful

Light physical activity may be a recommended treatment for most types of high blood pressure conditions, but pulmonary hypertension and exercise is a special case. It all begins when the small arteries within the lungs, called capillaries, begin to narrow. 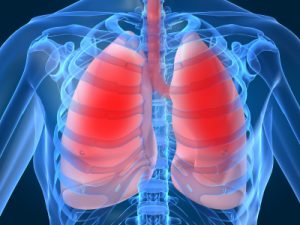 What causes them to narrow varies from person to person, but is often the result of a preexisting lung condition such as cystic fibrosis or chronic obstructive pulmonary disease. As the capillaries narrow, the heart’s right ventricle must work much harder than ever to pump enough blood to the lungs. This culminates in pulmonary hypertension and any exercise must take into consideration the underlying strain placed on the heart.

Symptoms include fatigue, chest pains and fainting. It is also characterized by frequent shortness of breath when at rest, let alone exercising. People who have pulmonary hypertension and exercise may be putting themselves at greater risk than usual because of their weakened lungs and strained heart.

According to the American Heart Association, exercise is still an extremely effective treatment for pulmonary hypertension when used in combination with medication and healthy eating. Despite the greater risk, people may still have pulmonary hypertension and exercise carefully, so long as they make sure to immediately stop after experiencing a shortness of breath or if beginning to feel lightheaded.

Exercises would usually last between twenty minutes to half an hour, unless halted due to the onset of symptoms. Anyone who has pulmonary hypertension and exercises should make sure to consult with their doctor to develop a plan that works best for them.