What Foods Are There For Omega-3?

There are numerous foods for omega-3, all of these foods are nutritious and taste great 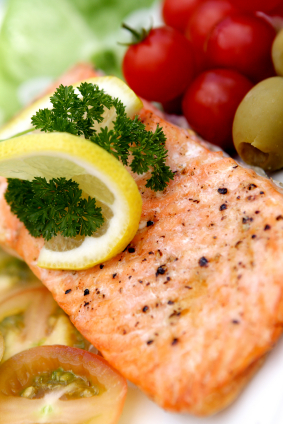 What Foods Are There For Omega-3?

The outer husk of a flaxseed is very hard and awkward to crack when chewing, so flaxseeds should be ground in a coffee grinder, a food processor, or a blender in order for the body to digest them properly. Omega-3 foods such as whole flaxseeds will pass right through the body undigested and won’t gain any of their nutritional advantage. Much like grinding coffee, flaxseeds should be finely ground for best palatability and to guarantee freshness after grinding, it is suggested to store your flaxseeds in an airtight, dark container. They stay fresh for 90 days, flaxseed oil can be used in salad dressings and stays fresh for three months.

Another one of the omega-3 foods are omega-3 eggs. These eggs are very similar in look, taste, cooking and storage qualities as normal eggs. The one difference between normal eggs and omega-3 eggs, is that omega-3 eggs are produced by chickens that have been fed with corn, soybean, flaxseeds and alfalfa. An average-sized omega-3 egg contains about 320 mg of omega-3, where a regular egg incorporates roughly one fifth of that at 63 mg of omega-3.

Omega-3 foods such as cold-water fish such as tuna and salmon are an excellent source of omega-3, protein, selenium and vitamin D. When it comes to eating cold-water fish and to keep toxicity levels low, choose lower mercury canned tuna rather than higher mercury white tuna. Purchase Wild Atlantic salmon rather than farmed salmon. It is suggested to eat a maximum of 12 ounces (2 meals) per week.

Omega-3 foods such as almonds, walnuts, pecans and cashews are excellent for foods such as stir-fry, salads and yogurts. They taste great on their own, but by adding these nuts, it not only adds omega-3, but great taste.

Although omega-3 foods are a healthier alternative to one’s diet, they will not have an immense impact on blood pressure and aren’t a substitute for blood pressure lowering medications in people who have been prescribed to those medications.